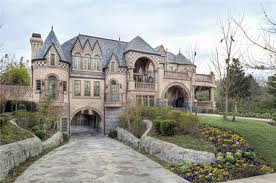 Highland Park is the most affluent city in Texas and is ranked the 7th richest place in the United States.